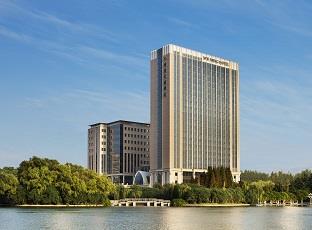 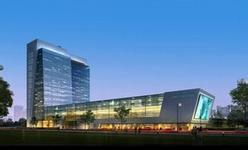 Changzhou Benniu Airport is located in Xinbei District of Changzhou City, 3 kilometers away from the intersection of Shanghai-Nanjing Expressway and 18 kilometers away from the urban area of ​​Changzhou City, with convenient transportation and superior location. The airport was built in 1963 and the property rights belong to the Navy. In 1985, the State Council and the Central Military Commission approved it as a military-civilian airport. The flight zone is 4D, the runway is 2800 meters long, there are 9 parking spaces, and the terminal area is 5800 square meters. After the reconstruction and expansion in 1996, the opening and operation of Changzhou Airport built a comprehensive transportation system for public, rail, water and air transportation in Changzhou. In September 2002, the civil aviation Changzhou Benniu Airport was registered on the basis of the original Changzhou terminal. In December 2005, the cooperation agreement between the Changzhou Municipal Government and Shenzhen Airlines was formally signed. After being officially approved by the Civil Aviation Administration on April 30, 2006, Changzhou Airport Co., Ltd. was formally established on May 18.

Changzhou Modern Media Center has concentrated on media such as radio, television, Internet sites, film and television production, animation production and other cultural and creative enterprises. Reciprocate with neighboring animation industry bases, Huaxia Arts and Crafts Industry Expo Park, museums, sports exhibition centers, grand theaters and other projects to form an influential cultural industry base nationwide. The project started in 2009 and is expected to be completed in 2013. After completion, it will become a new landmark building in Changzhou.
The Changzhou Modern Media Center project selected nearly 100 CO-FEDDER nano-photon air conditioner box-type air purifiers.

Suzhou Weixin Electronics Co., Ltd. is a wholly-owned enterprise invested by M-FLEX in Wuzhong Economic Development Zone, with a total investment of more than 73.8 million US dollars. The company has developed into a large, wholly foreign-owned enterprise that integrates design and production of flexible circuit board production and assembly, and is in a high position in the industry.
Nearly 100 COFEDDER nano-photon air conditioner box type and fan coil type air purifiers were selected for the renovation project of Suzhou Weixin Electronics Factory.

Suzhou Jiuguang Department Store officially opened on January 16, 2009. It is the second domestic store built by Lifu International Group Co., Ltd. after Shanghai Jiuguang, and it is also the current department store in Suzhou. It enjoys geographical advantages and is located in a high-cost and distinguished location with convenient transportation. Join hands with many international brands to proudly enter the Times Square of Suzhou Industrial Park to infuse the charm of fashion city in Suzhou and highlight the inspiration of luxury life.
Suzhou Jiuguang Department Store project selected more than 100 COFEDDER nano-photon air conditioner box-type air purifiers.